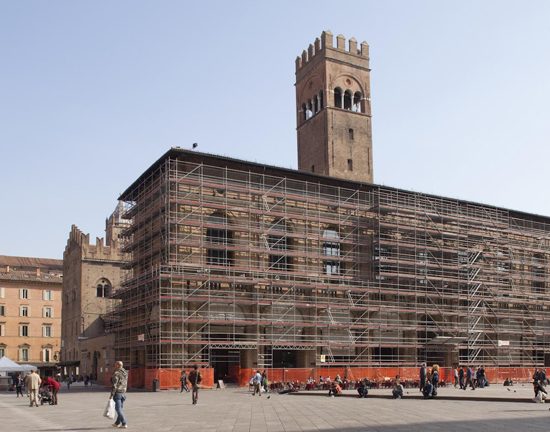 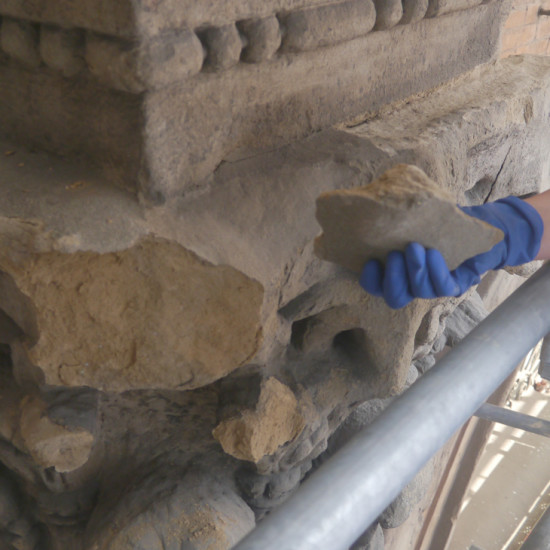 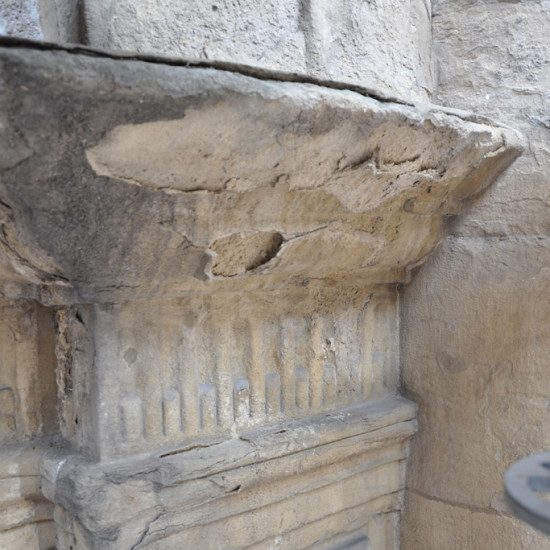 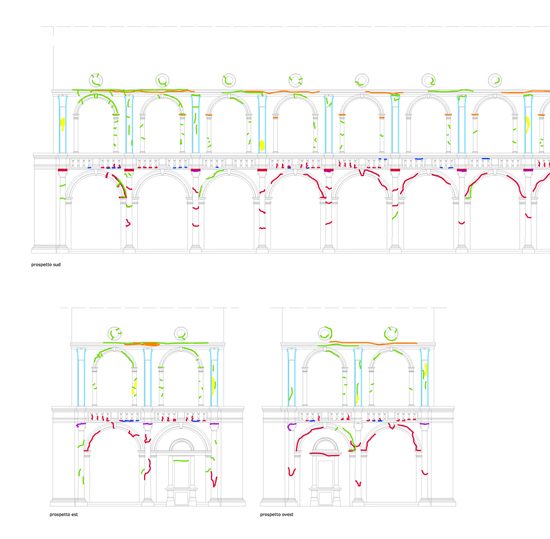 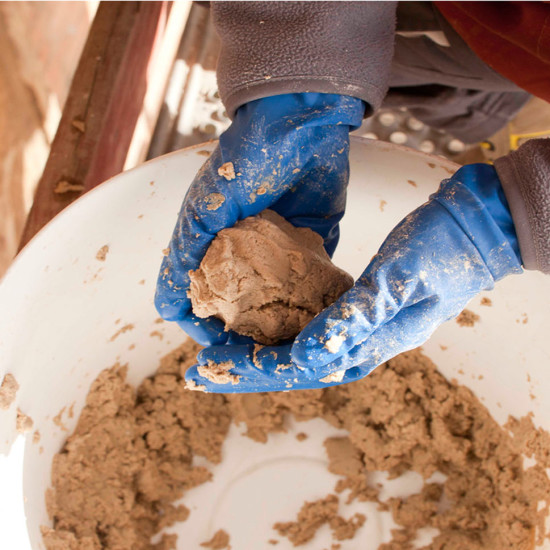 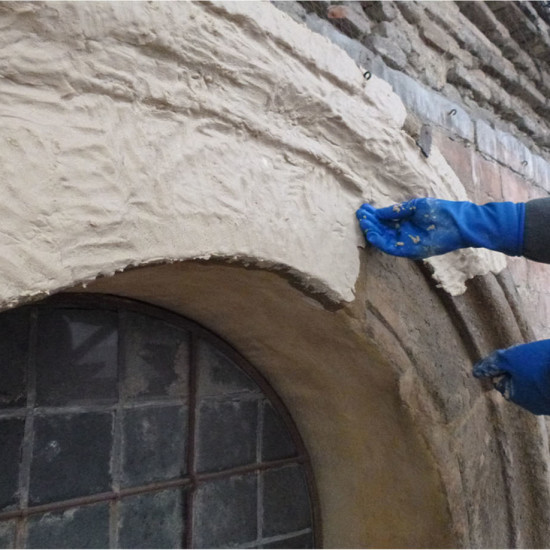 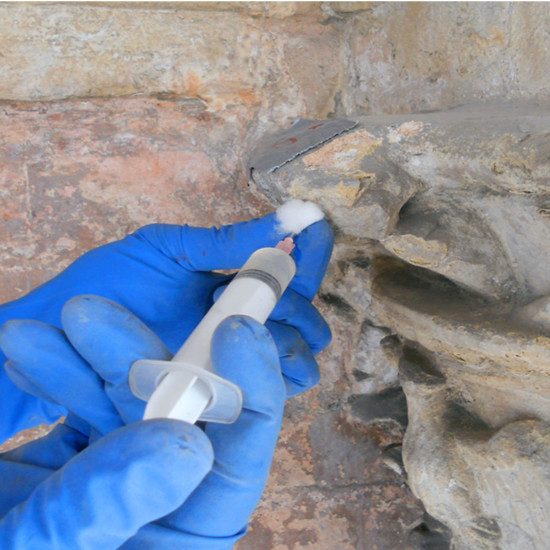 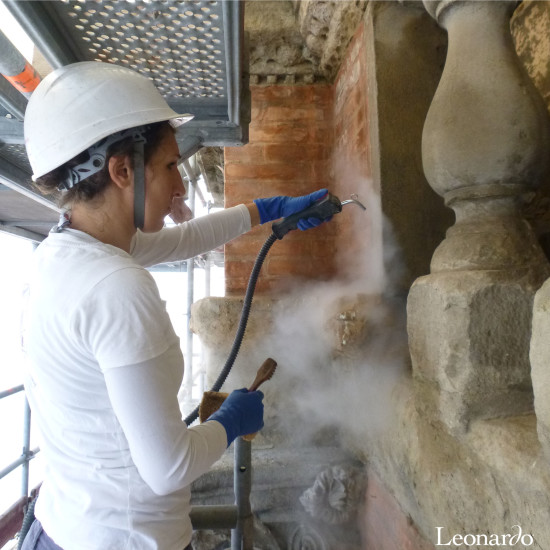 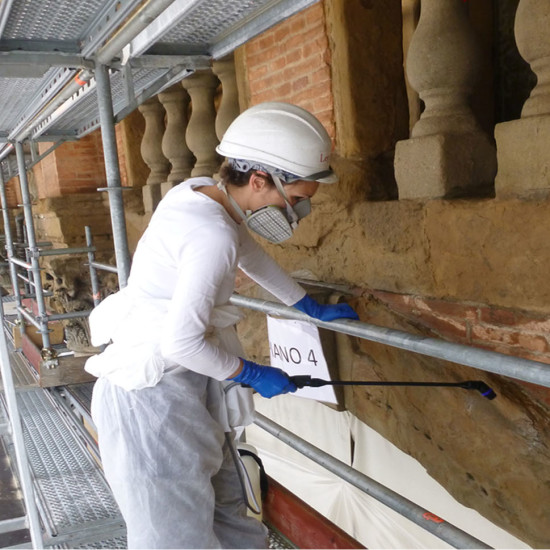 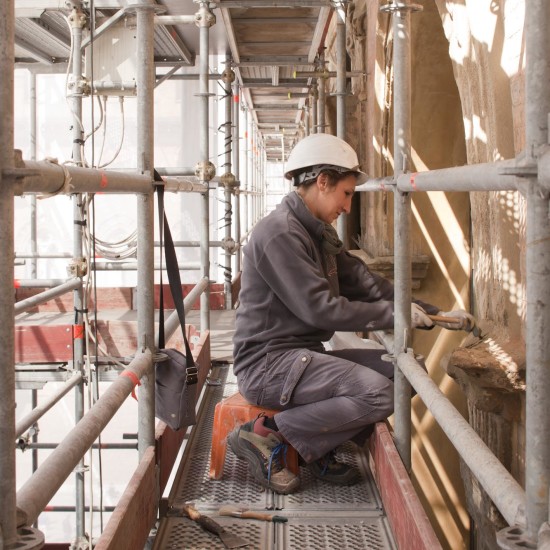 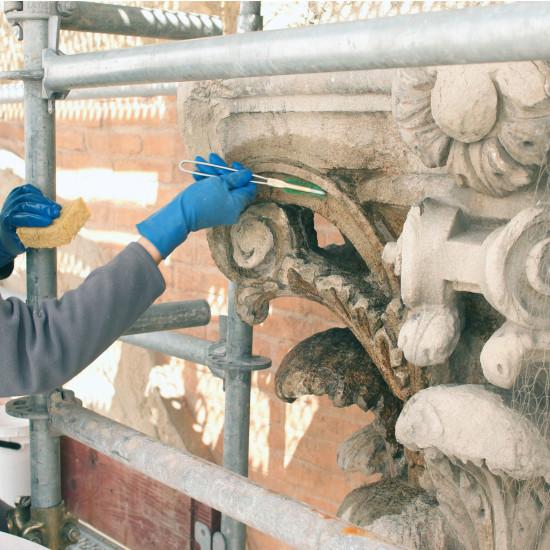 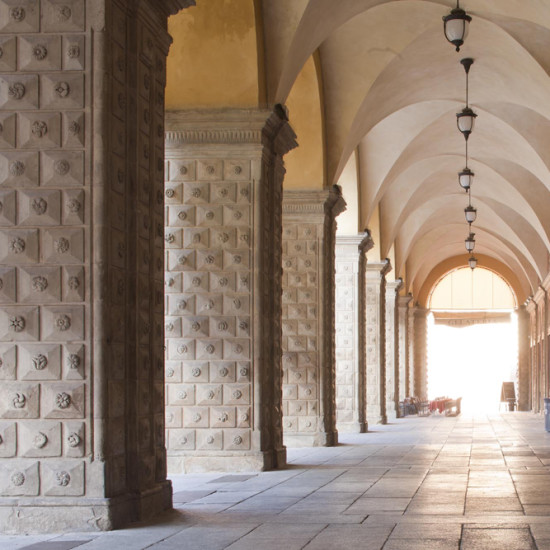 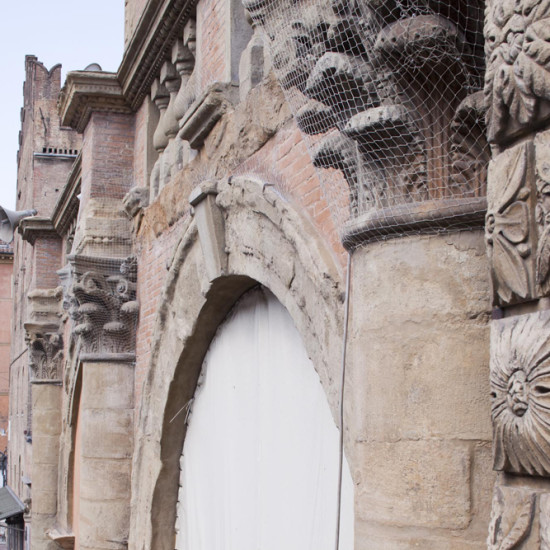 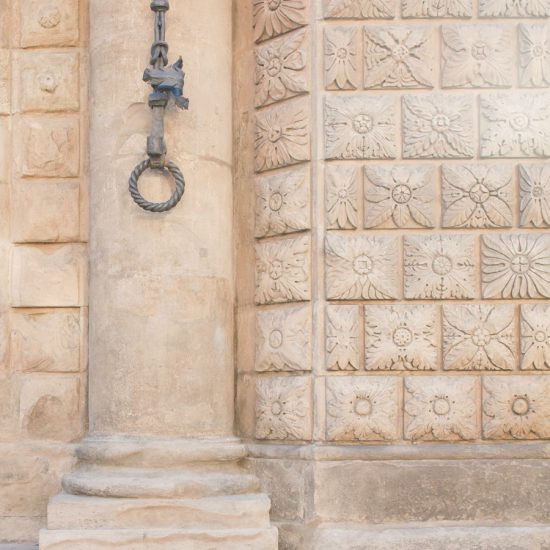 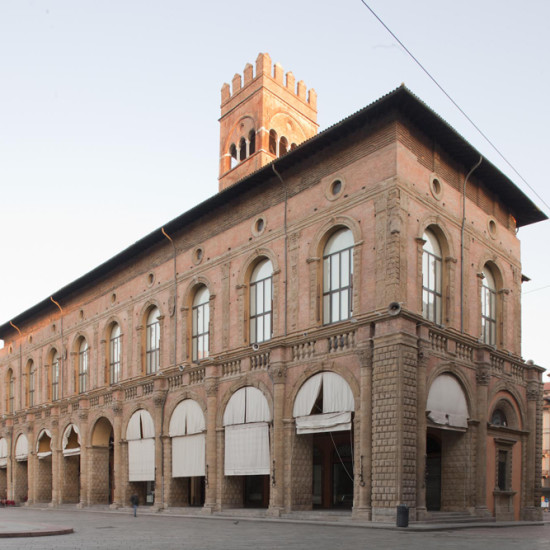 The Palazzo del Podestà is fronted with a wall faced in terracotta with architectural and decorative elements in sandstone.
By correlating the data gathered on-site with the information found through study of the historical archive material, it was possible to understand the fact that the facade had undergone a series of maintenance work, concentrating in particular on the end of the twentieth century, which had led to a decay of the very heterogeneous sandstones in various parts of the facade.
The project therefore amounts to a real and proper “restoration of a restoration” with the choice of operational methodologies adjusted on the basis of the typology of the materials (originating with and ascribable to the previous restoration works) and of the relative state of the conservation with particular reference to the original mortars and restoration in general.
Looking at the details, thanks to the cleaning process and removal of the persistent deposits adhering to the surfaces, it was possible to reach the level of absorption necessary for a deep strengthening of the sandstone with applications of ethyl silicone applied in a spray until super-saturated and with linchpins in fibreglass secured with epoxy resin and injections of micronised silica. In the areas where the detached surface had considerable hollows containing matter, stability was restored through the use of a specific lightweight mortar with a natural lime base and free from salts.
As regards cleaning, according to the typology and seriousness of the levels of degradation present, they continued with a process involving organic solvents (to remove resulting resins), and ammonium carbonate poultices (for the elimination of black crusting). In situations where the degradation is seen to be more advanced, the surface deposits are removed dry and washed with water and a surfactant.