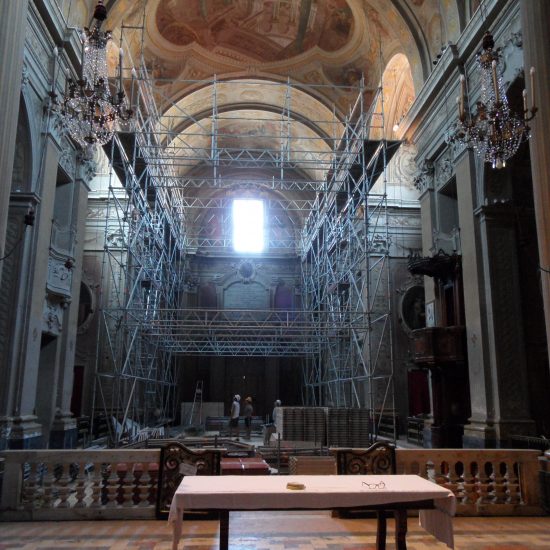 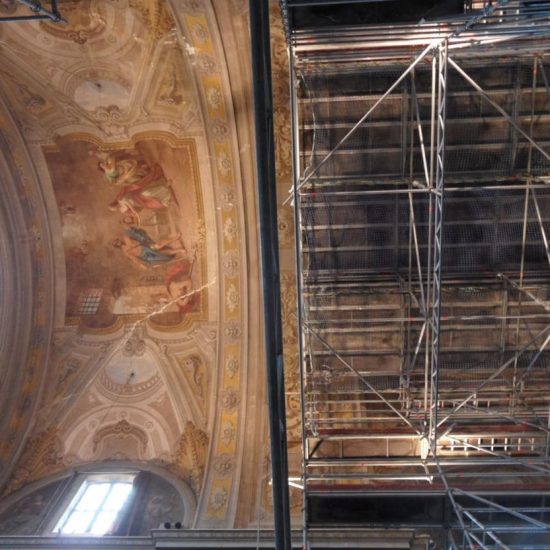 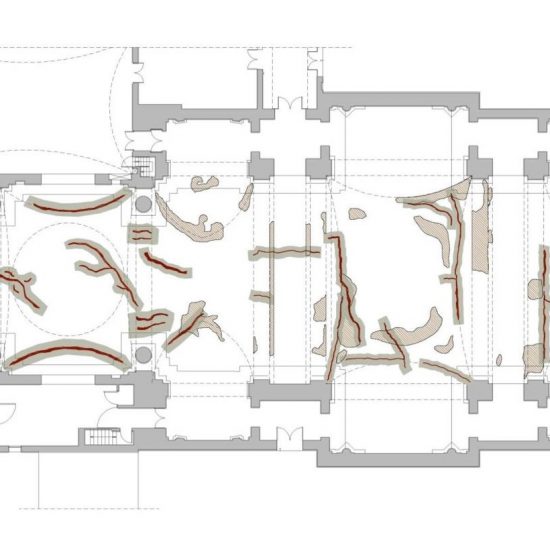 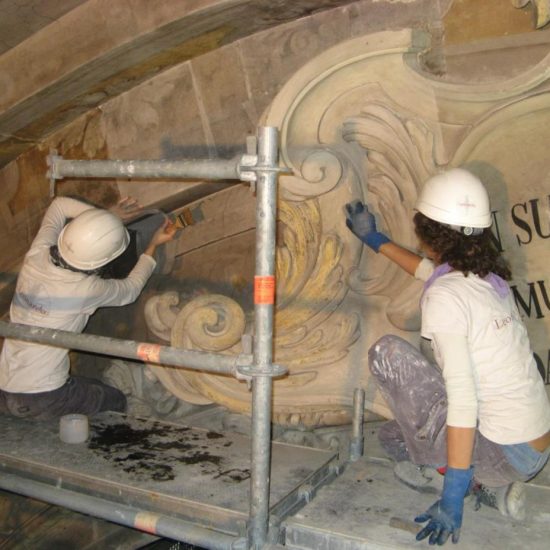 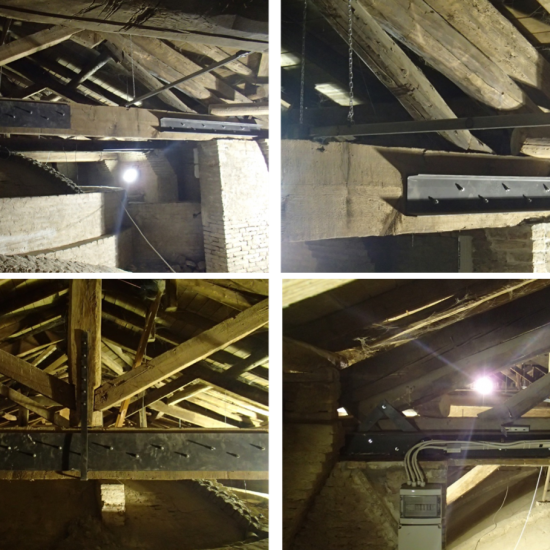 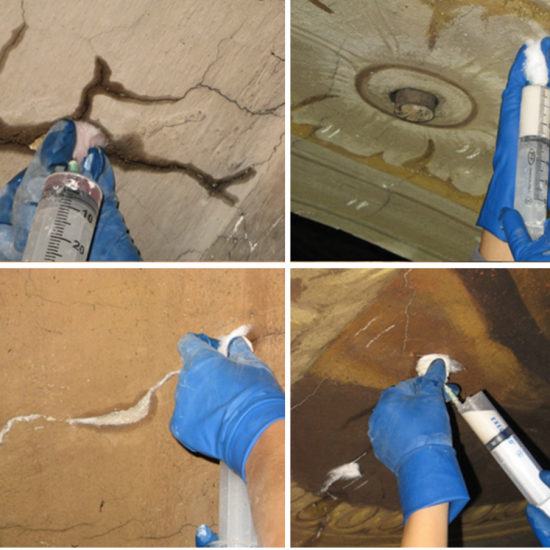 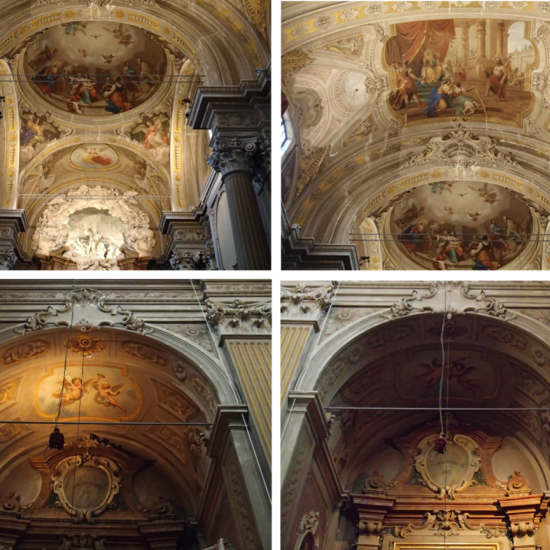 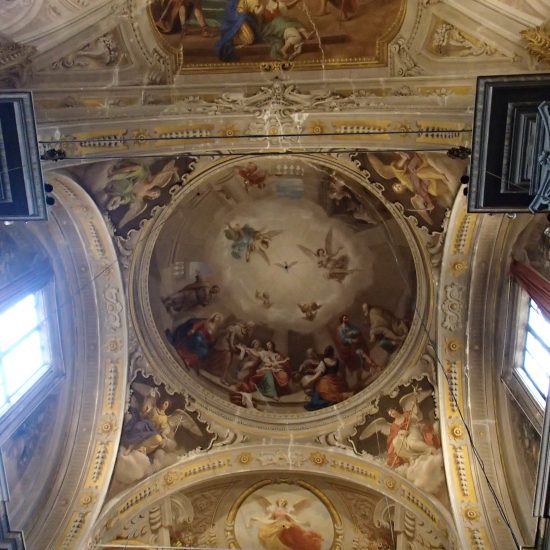 The archpriest church of Saint John the Baptist, Minerbio

The Arch Priest Church of Saint John the Baptist of Minerbio: an intervention to make safe the decorative furnishings and make seismic protection improvements in the architectural structure

The work to make safe and improve the building of the sixteenth century church of Saint John the Baptist against seismic activity – work planned by the architect Carlo Francesco Dotti – was characterised as it developed by the systematic synergy and interaction between the personnel of the restoration group and the workforce of builders, operating respectively and simultaneously in the intrados and the extrados on the horizontal beams of the vaults.
In particular, the work was concerned with the painted plasterwork of all the intrados surfaces of the vaults and the caps of the cupolas, and were carried out by means of injections of building mortar on the inside of the connecting cracks, replacing and strengthening the sections of plaster and decorative stucco work that had collapsed and been renovated. On the extrados level and in the attic spaces, the making safe operation was executed through the repair of the through cracks by means of injections into the structure and the insertion of metal wedges to restore the vault system’s tension levels, while the improvement of the structure’s resistance to seismic activity was achieved by inserting dual chains either crosswise or longways to the nave and by creating a well-joined chaining between the king-posts and the counter facade.