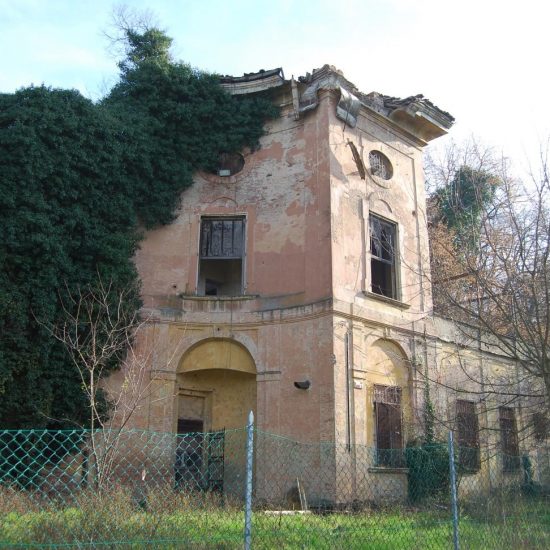 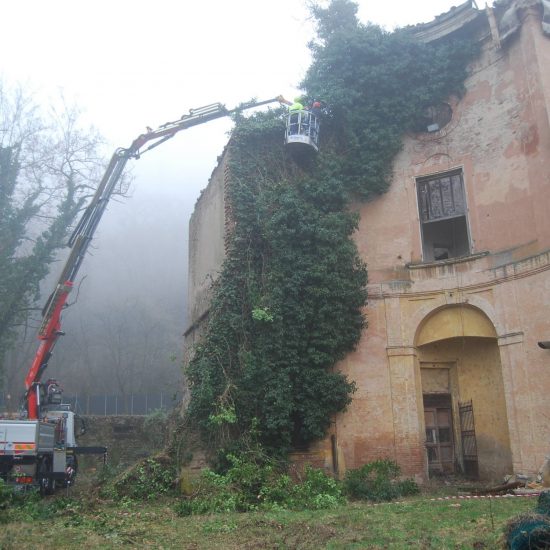 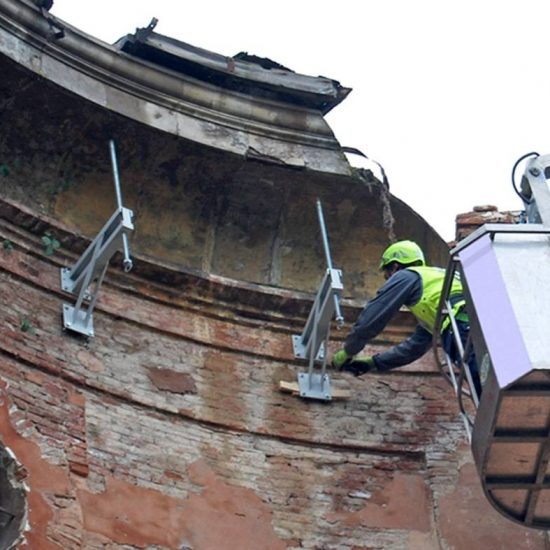 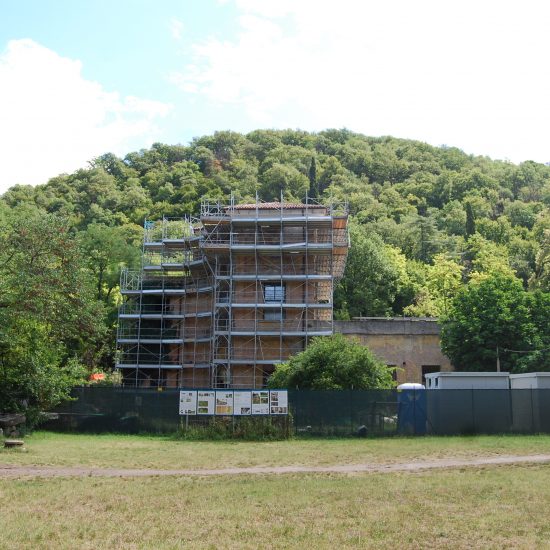 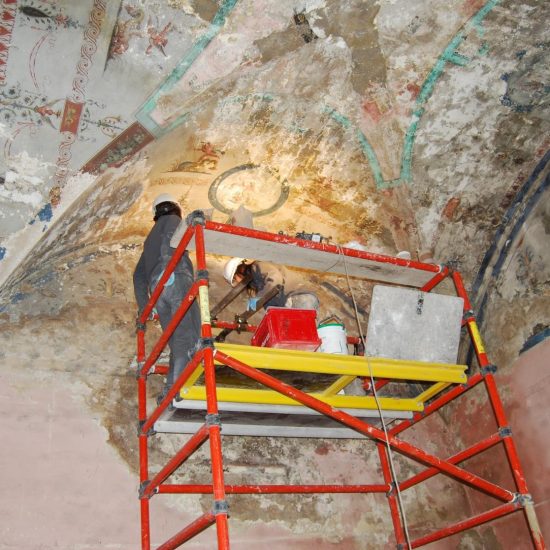 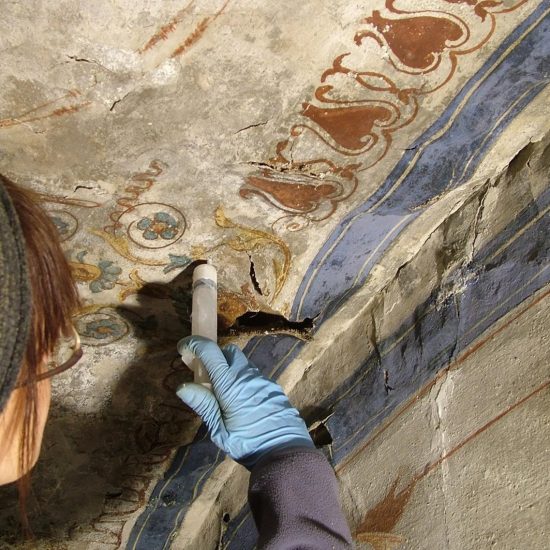 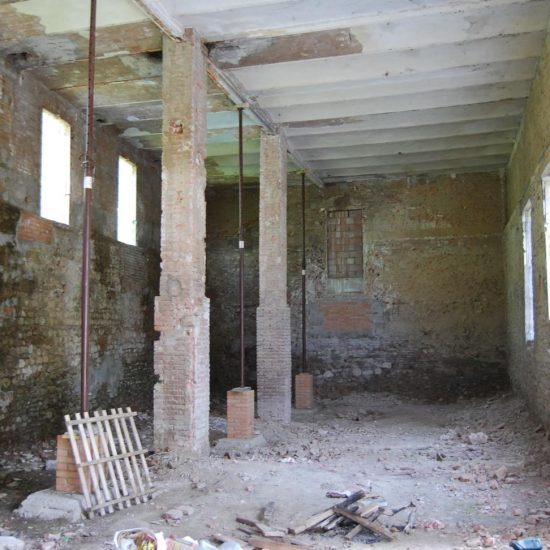 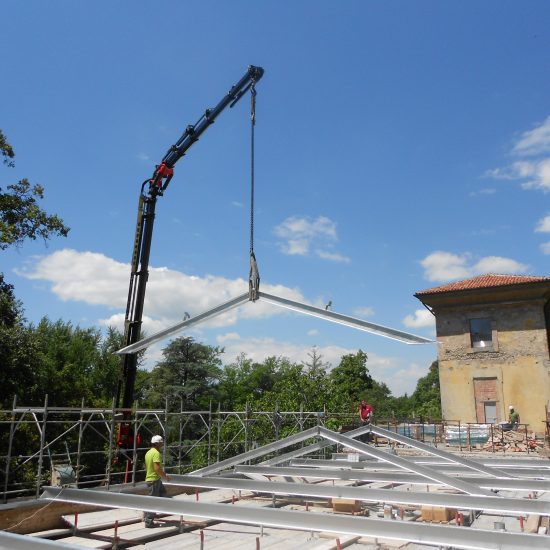 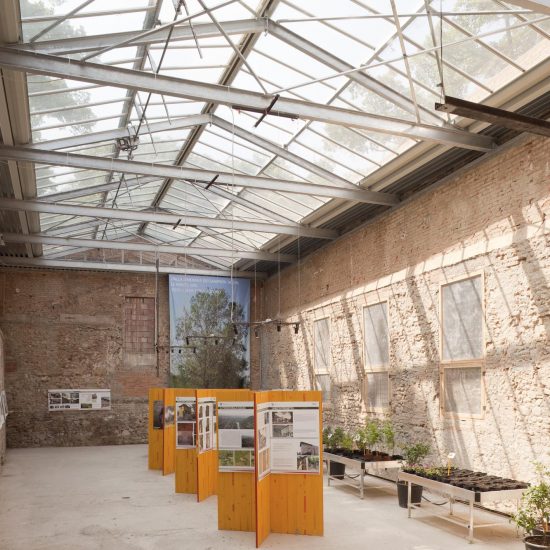 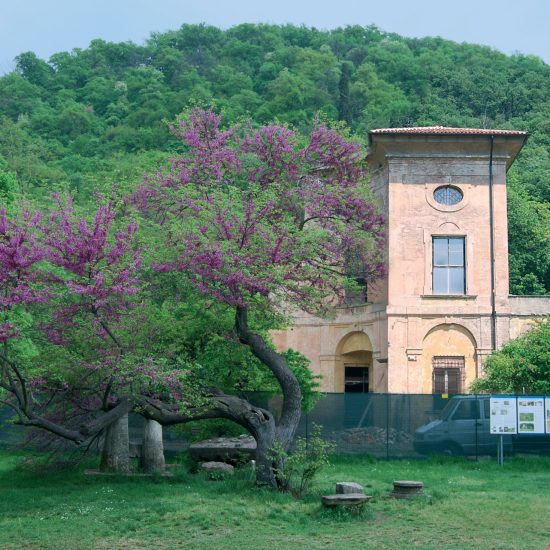 The task of making the eighteenth century Villa Sampieri Talon safe, situated in the Parco della Chiusa in Casalecchio di Reno (Bologna), was conducted after years of abandonment following the bombardment of the 18th April, 1945. The intervention was driven by the double objective of reinforcing the structures from the point of view of the fixed objects and the safeguarding of the architectural and decorative elements (such as the cornice of the moulded eaves) and the wall paintings which survived in some internal spaces in the villa, seriously damaged due to the absence of cover, which allowed the infiltration of rainwater. The emergency intervention carried out on the paintings was planned in three macro-phases: the surface reinforcement of the picture’s skin by means of precise injections of resin, followed by re-establishing the cohesion between the skin and the plaster, and finally the restoration of the cohesion between the plaster and the wall surface.

Following the securing of the structures of the villa, they moved on to the renovation of the structural shell of the one-time lemon-house. In particular, following the reinforcing of the perimeter walls, they proceeded to demolish the industrial tile-covering and install a new glass roof.